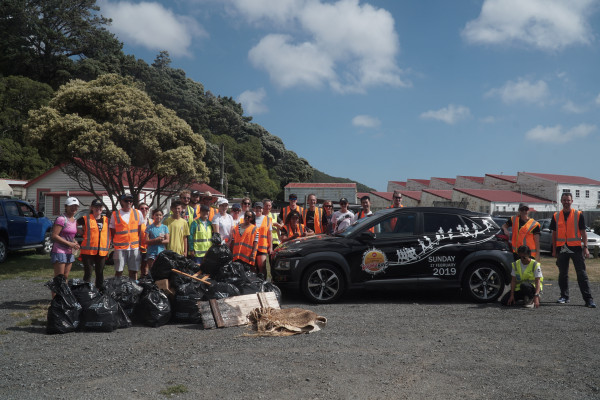 2. Assessing the health of your culture

Why is culture important?

An organisation's culture is made up of the values and beliefs of its members.

A positive culture – where volunteers feel appreciated and supported - can help attract volunteers while a negative culture will do just the opposite.

One of the challenges teams, clubs, and organisations face is creating a 'contributing' culture. This is where members take part in running the organisation rather than treating it as a service.

They say many hands make light work. But far too often in sports clubs/organisations, you see one or two individuals shouldering the bulk of the work.

As administrators, it is important you create a strong and positive volunteering culture.

The below tips apply to teams, clubs, and regional sports organisations. Anyone who relies on volunteers (which is most of us) can adapt the following tips to environment:

Focus on positive contributions and achievements

Don’t tell, order or shame but don’t be afraid to ask

Assessing the health of your culture

There are some key indicators that you can test to see if your club's culture is healthy or not.

Some key indicators that your club culture is healthy:

If you decide that club culture is not healthy and change is needed, be prepared for a gradual process. Below we talk about how change happens and how new ways get embedded.

But start with these actions:

1. Be aware of why change is needed.
2. Have the desire to make change.
3. Share knowledge.
4. Create an ability to change.
5. Reinforce the value of successful change.

If the responses from your Club Culture Assessment suggest that change is needed, a Culture Change Plan can help. While change – of any degree – can take a considerable amount of time, the key is to maintain broad and ongoing communication between your committee and members. Communication is pivotal in addressing and solving any issues.

Changing a culture does not happen overnight. In fact change is a gradual process as the story below illustrates.

The story of the Five Monkeys.

There once was a cage that contained five monkeys. Also inside the cage hung a banana on a string with a set of stairs beneath it. Before long, a monkey went up the stairs towards the banana. As soon as he touched the stairs, the other four monkeys were sprayed with cold water.

Then the cold water was turned off and one monkey was removed from the cage and replaced with a new one. The new monkey saw the banana and attempted to climb the stairs. To his surprise, all of the other monkeys attacked him. After another attempt and attack, he knew that if he tried to climb the stairs he would be assaulted.

Two of the four monkeys that beat him had no idea why they were not permitted to climb the stairs or why they were participating in the beating of the newest monkey. After the fourth and fifth original monkeys were replaced, all the monkeys that had been sprayed with cold water had been replaced.

Nevertheless, none of the monkeys approached the stairs ever again. Why not? Because as far as they knew, that's the way it had always been around there.

The below information is taken from an article originally published in the e-volunteerism journal.

We have such high expectations for staff and volunteers when it comes to being completely aligned with our organizations. We want to better the world and the lives of others through our work. And, for the vast majority of participants, that is accurate.

But then there are those few volunteers whose behavior is problematic, who don't seem to get along with others, who seem to provide feedback in an inflammatory or negative manner.

These volunteers really make it challenging for everyone involved to stay focused, positive, and engaged. And we often refer to these issues as conflicts because of how they feel, even though they may not technically be conflicts at all.

There are many reasons conflict occurs. Sometimes, volunteers have other agendas. Or, the mission may be in their hearts, but their actions may cause issues for others around them.

To clarify, not everything that looks and feels like conflict really is conflict. When we think of conflict, we tend to think of behaviors that may be aggressive, loud, demeaning, demanding, bullying, disrespectful, passive/aggressive, and on and on. Those same attributes may accompany issues that fall into areas outside of conflict, including Customer Service concerns or training/learning opportunities for the volunteer (and sometimes for staff!)

There's even conflict about what the definition of conflict is. Not all disagreements are in the same category. These are scenarios of situations that look and feel like conflict to most staff:

Can't find what you're looking for? Or want some more specialized volunteer advice?